A new survey by the Pew Research Center reveals that Americans’ fear of cyberattacks is second only to their fear of ISIS.

In the survey, poll respondents reported that their number one fear was an attack by ISIS, followed by concern surrounding cyberattacks.

More than 80% of said they felt ISIS was a major threat to U.S. security, according the report.

Nearly three-quarters of respondents think cyberattacks pose a looming threat to national security, according to the report.

“Cyberattacks are a major threat in the minds of 72 percent of Americans,” according to an article by The Atlantic about the survey. “They beat out global economic instability, infectious diseases, refugees, and climate change for the silver medal on the roster of potential dangers.”

The article goes on to say that “over the course of one week in March, the FBI’s list of most-wanted cybercriminals grew by nearly 50 percent.”

While this survey was focusing on international cyberwar, cybercrime still hits home with even small businesses being attacked at a startling rate.

Nearly half – 47 percent – of all businesses have been hit by a data breach, according to a 2015 report from the Poneman Institute.

Another Ponemon Institute from 2014 estimates that the average annual cost of cyber attacks worldwide is an astonishing $7.6 million.

There are more than 66,956 vulnerabilities out there that hackers can use to walk right into your website. In fact, an incredible 86% of websites fail their first vulnerability scan, meaning most sites are prime hacking targets. A security breach could destroy your reputation, cost you millions in fines, rack up legal fees, and upset the FTC.

As an industry leader, Trust Guard is used by thousands of well-known brands and trusted by billions of online shoppers. Learn more at trust-guard.com. 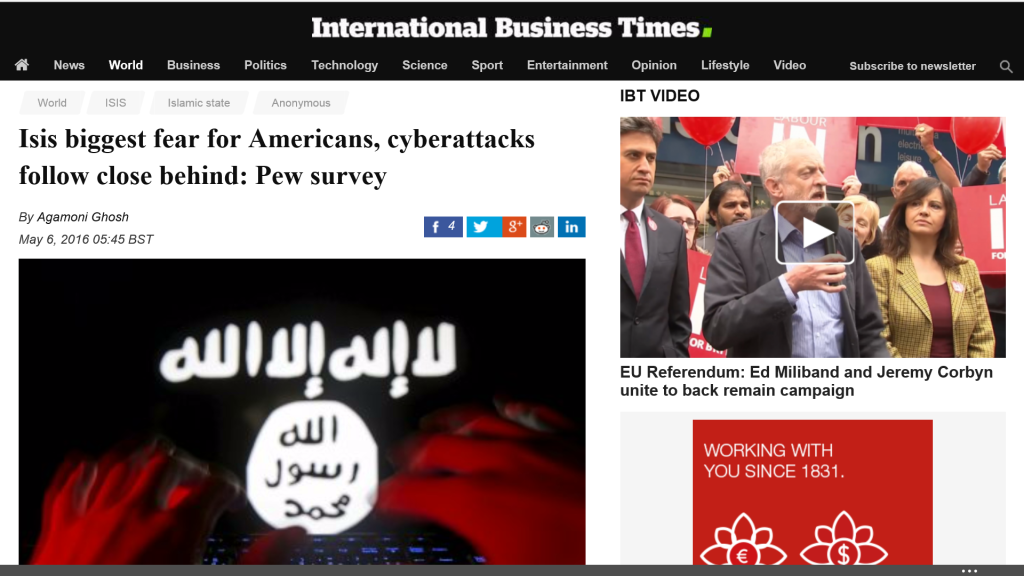