Data breaches this year were spectacular in size and scope, and it seemed just as a new one was reported another cyber attack made the headlines. Engadget summed it up best: “You’d think that 2015’s password was 123456.” These expert security and tech articles below listed what they consider to be the year’s top cyber attacks.

Here we’ve compiled our own list gleaned from these sources.

5 of the Top Cyber Attacks/Data Breaches of 2015

The second-largest insurer’s database was hacked in February, leaking the social security numbers, email addresses and more of 80 million people.

In late November it was revealed that Toy Manufacturer VTech neglected to encrypt the data of 6.4 million children, exposing names, genders, birthdates, and other private data.

Data on arrestees was stolen when the FBI’s portal was hacked in November. 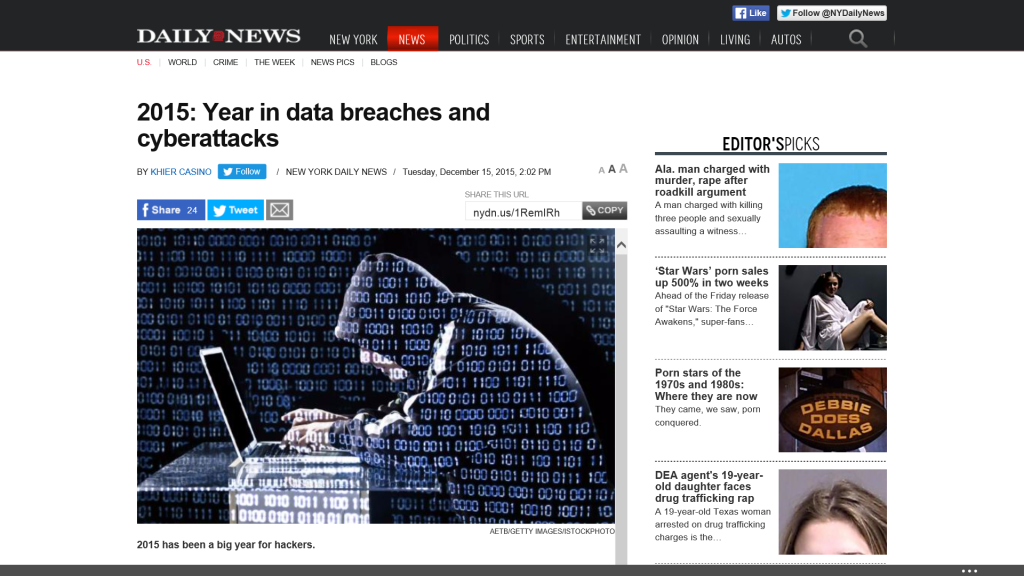 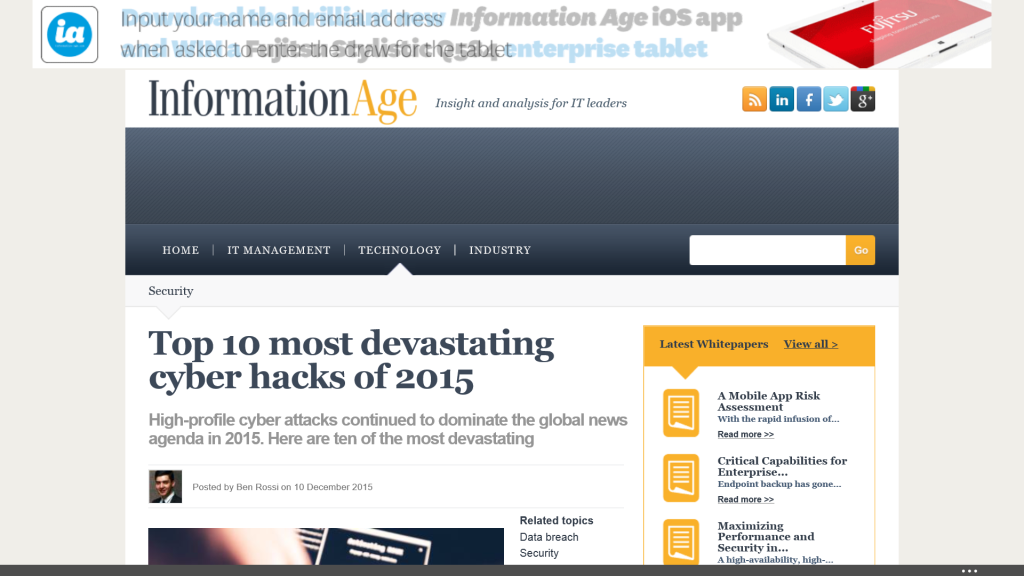 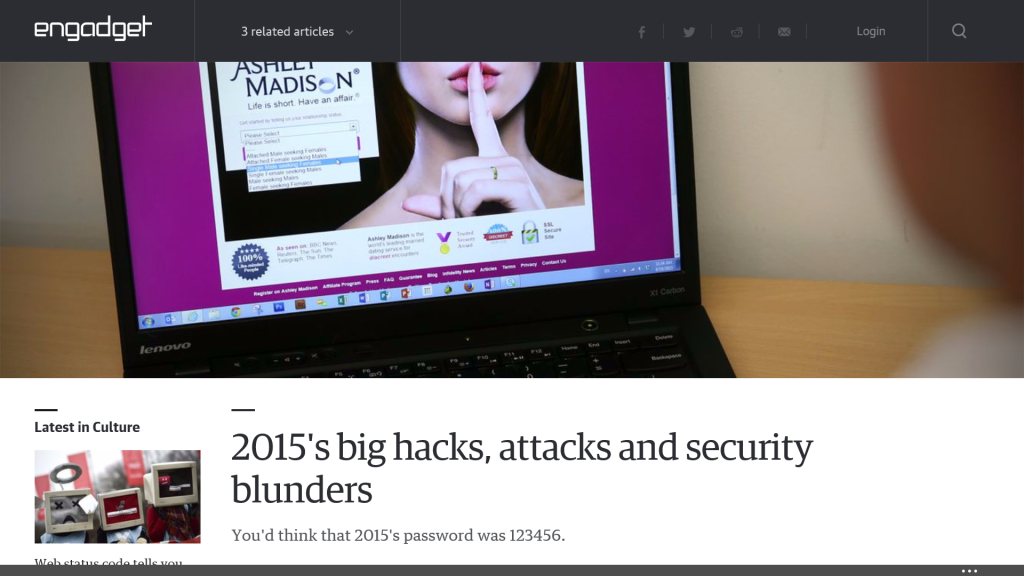 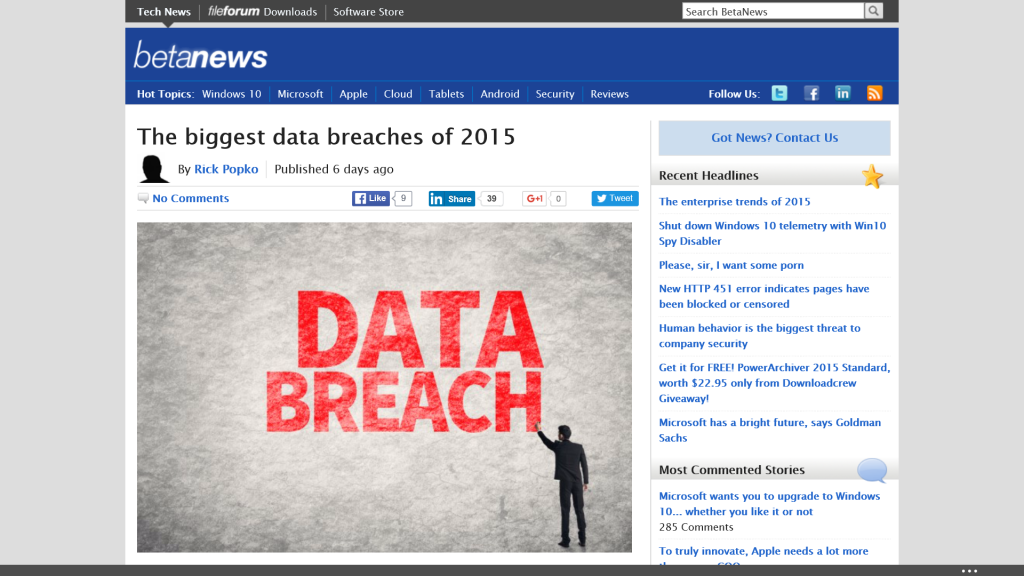 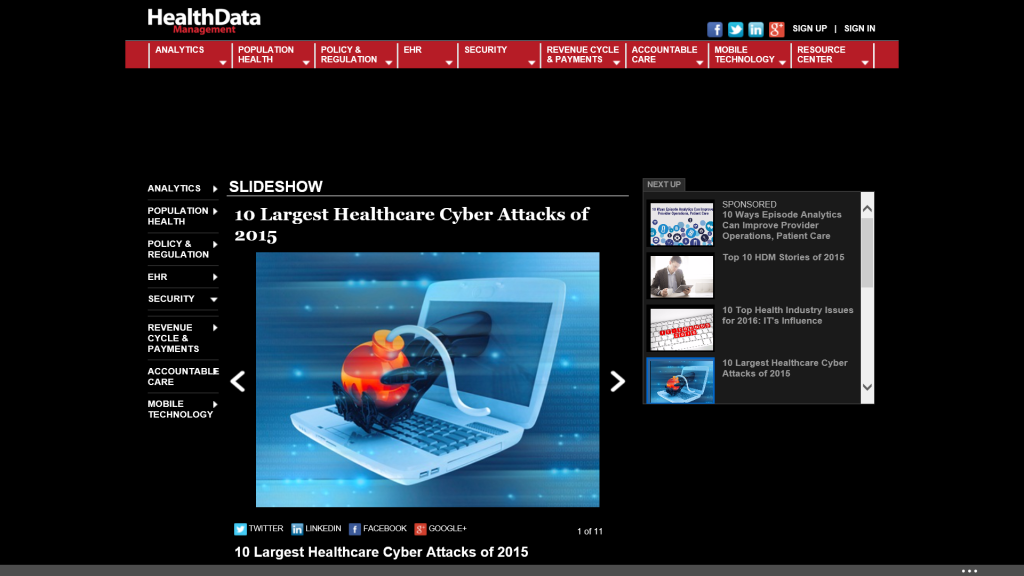